On behalf of Federal President Frank-Walter Steinmeier, Prime Minister Armin Laschet awarded Prof. Adolf Müller-Hellmann the Bundesverdienstkreuz 1. Klasse on 31 October 2019. This is in recognition of his extraordinary commitment to public transport and sustainable mobility.

"Professor Adolf Müller-Hellmann has been intensively and successfully involved in science over 40 years and in particular in an area without which there would literally be no progress in our country, local public transport", explained Laschet.

Müller-Hellmann, born in 1944, received his doctorate in general electrical engineering and electrical power engineering from RWTH Aachen University in 1979. In 1987 he received a teaching position there for "Electrical Local Transport Systems", in 1994 for "Electrical Railway Drives". As an honorary lecturer, he has played a major role in the lecture series "Electrical Energy from Renewable Sources" since 1993. In 1995 the RWTH appointed him honorary professor in recognition of his services. From 1998 to 2008, Müller-Hellmann was Managing Director of the Association of German Transport Companies (VDV) and Managing Director of the VDV Industrieforum e. V. (Industrial Forum). (formerly VDV-Förderkreis e. V.) and Chairman of the Board of the Forum for Transport and Logistics of DEVK Versicherungen.

In recent years, STUVA has had the pleasure in a number of projects to have found in him a promoter for public transport topics at the pulse of the times. For example, several books were produced in the blue VDV series, the editions of which were often sold out quickly. Müller-Hellmann has been an honorary member of STUVA since 2003. With fire and passion he succeeds again and again to inspire fellow campaigners for a cause and to take them along on his way. What distinguishes Professor Müller-Hellmann in particular is the fact that long before the current sustainability debate, he had been committed to European and environmentally compatible solutions. 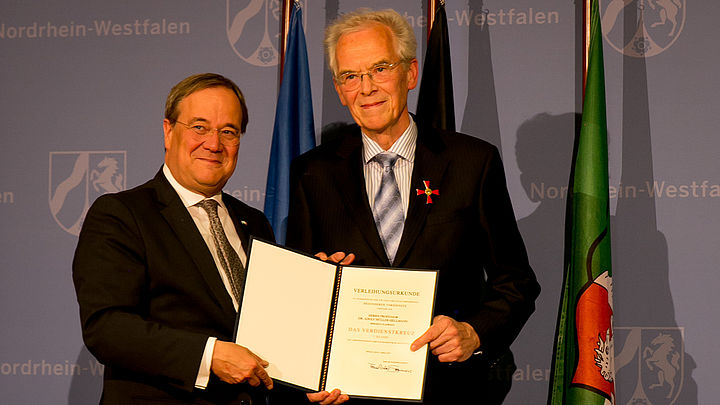