He was one of the most outstanding personalities in international tunnel construction in recent decades and a true humanist with body and soul. On 16 February 2020 Baurat h.c. Dipl.-Ing. Dr. mont. Georg-Michael Vavrowsky passed away at the age of 70.

From 1989 to 2012, as a member of the Board of Management of Eisenbahn-Hochleistungsstrecken AG and ÖBB-Infrastruktur AG, he had a decisive influence on this era of major new construction and expansion projects in Austria. In addition, Georg-Michael Vavrovsky was a member of the supervisory board and construction committee of the Brenner Base Tunnel Company from 2004 to the beginning of 2019, honorary president of the Austrian Geomechanical Society and a member of numerous national and international expert committees.

Both in tunnel construction and other geotechnical problems, Georg-Michael Vavrovsky has used his outstanding skills to break new ground and develop innovative solutions. He also created systems and methods to increase the accuracy of forecasts and cost stability for transport infrastructure projects. His papers have resulted in standard works such as the Handbook on Cost Calculation, which are mandatory for transport infrastructure projects in Austria. The high cost stability in the transferred project volume achieved continuously since the introduction of the 2005 framework plan confirms the success of this methodology.

He set the course for his extraordinary career right after completing his studies in civil engineering at the Technical University of Graz, when he started his career with Prof. Dr. Franz Pacher in the Salzburg "Ingenieurbüro für Fels- und Tunnelbau". For many years he accompanied Pacher, one of the co-founders of the New Austrian Tunnelling Method (NÖT), in his function as tunnel expert on the construction sites of the new Hanover-Würzburg line of the German Railways, but also represented him in courses at the Technical Universities of Munich and Vienna. As a specialist for near-surface tunnelling, he was called to many difficult situations at home and abroad during these years. After passing his civil engineering examination in 1988, Vavrovsky headed the "Ingenieurbüro für Geotechnik und Tunnelbau" (IGT) in Salzburg together with his partner at the time, Nejad Ayaydin, before he was given the overall technical management of Eisenbahn-Hochleistungsstrecken AG in Vienna in 1989.

In 2013, the STUVA awarded Mr. Vavrovsky the STUVA Prize 2013 in recognition of his services to tunnel construction. In the laudation of the jury, the prize winner was said at the time: "Unquenchable is his interest in new things. Farsightedness, precision and analytical acuity as well as human greatness are the most striking characteristics of Georg-Michael Vavrovsky's impressive personality. Qualities that allowed him to develop an almost unmanageable breadth of expertise with enormous depth in each case."

With his death, the international tunnel industry loses one of its most important personalities and an impressive philanthropist. Georg-Michael Vavrovsky leaves behind his wife Barbara and three children, to whom we extend our deepest sympathy. 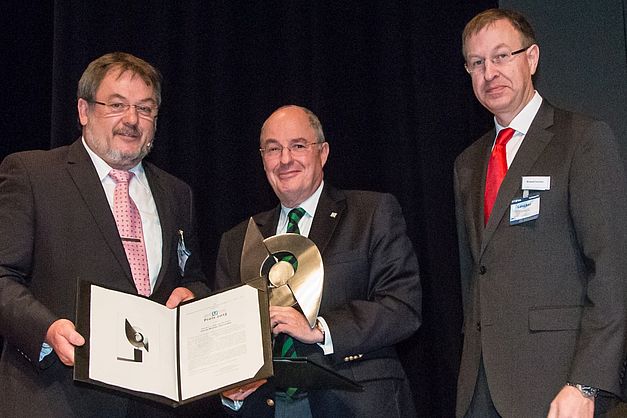