On the death of Prof. Dipl.-Ing. Hartwig Beiche: Stuttgart and STUVA - 6 decades of cooperation

Prof. Dipl.-Ing. Hartwig Beiche, former head of the Technical Department as well as head of the Civil Engineering Office and first operations manager of the Stuttgart Municipal Drainage Company, passed away on May 25, 2021.

The links between the state capital of Stuttgart and STUVA were particularly intensive from the earliest beginnings of light rail construction in Germany. They began as early as the first Stuttgart light rail plans and the young then city architect Dipl.-Ing. Manfred Bonz (the later CEO of Stuttgarter Straßenbahnen AG SSB) in the 1960s. As a result of this good cooperation, Prof. Dr.-Ing. Hans-Dieter Künne, Technical Mayor of the City of Stuttgart, was then appointed to the STUVA Board of Directors, of which he was a member from 1973 to 1997 and in which he played a decisive role in the rise and development of STUVA into a recognized specialist institution in tunnel and traffic route construction.

Finally, in order to make the extensive experience with tunnel construction in mountainous terrain and in difficult soils accessible for the STUVA work and to evaluate it, Prof. Dipl.-Ing. Hartwig Beiche was appointed to the scientific advisory board of the STUVA from 1995 to 2007 as head of the civil engineering office and technical officer of the city of Stuttgart and a proven tunnel construction expert. He was particularly predestined for this position because, in addition to his municipal activities, he taught tunnel construction at the University of Stuttgart and thus combined practice and research. As a member of the STUVA Advisory Board, he made a committed contribution to setting the course for the modern further development and in-depth research of tunnel construction. In addition, he passed on his knowledge to the professional world in numerous lectures at STUVA conferences. In doing so, he not only dealt with the purely technical issues of the industry, but, especially in his advanced age, increasingly with overarching factual connections and effects of tunnel construction. His last lecture at the STUVA conference in Hamburg in 2009 is indicative of this. In the opening part of the conference, he dealt with the topic: "The tunnel in the mirror of culture - a foray of the tunnel builder through the world of literature and the arts", and thereby additionally set a remarkable sign against narrow-mindedness and one-sidedness in the engineering profession. A special highlight was the organization of the World Tunnel Congress and the STUVA Conference in 1995 by the STUVA in Stuttgart. Hartwig Beiche and his staff supported the organization of the conference and the professional visitation program with special commitment.

Today, the state capital Stuttgart is still represented in the STUVA advisory board: Dipl.-Ing. Claus-Dieter Hauck, head of the Department of Light Rail, Bridges and Tunneling in the Civil Engineering Office, contributes there as well as at STUVA conferences not only the experience of Stuttgart'21, but also the knowledge gained from the construction and operation of the numerous tram and light rail tunnels. 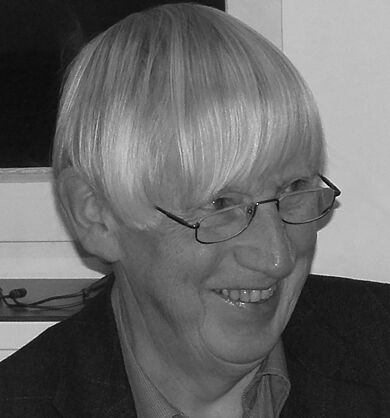