On 1 February 2022, Prof. Dr. Ing. E. h. Robert Fechtig passed away at the age of 91. With him, STUVA not only loses a highly esteemed colleague in the field of underground construction, but also a good friend of many years.

Robert Fechtig was born on 6 January 1931. At the age of 25, he graduated as a civil engineer from the ETH Zurich in 1956. He began his professional career from 1956 to 1958 as a project engineer in the construction of power plants in Sweden, then moved back to ETH Zurich for 2 years as a research assistant. From 1961 to 1981 he held increasingly central positions with a major Swiss construction company. There he gained extensive practical experience at home and abroad in the construction of power plants, tunnels and caverns, as well as in tunnel rehabilitation and bridge and hydraulic structures. In 1981, the Swiss Federal Council appointed him full professor of civil engineering at ETH Zurich. In 1990, the addition of "construction operations" was added to his teaching area. In recognition of his scientific work and his extraordinary commitment in the field of underground construction, he was awarded an honorary doctorate by the Technical University of Braunschweig in 1992. In 1996 Robert Fechtig was awarded emeritus status at the ETH Zurich. However, this was by no means the beginning of his proverbial retirement. Rather, he brought underground construction closer to the general public in numerous lectures, forums and specialist exhibitions. In doing so, he frequently and gladly focused on the historic Alpine tunnels such as the Gotthard, Simplon and Lötschberg tunnels, all of which were constructed at the end of the 19th or beginning of the 20th century. We wish the family of our honoured friend comfort and strength in these difficult hours. We will always honour the memory of this extraordinary engineer and man. Alfred Haack 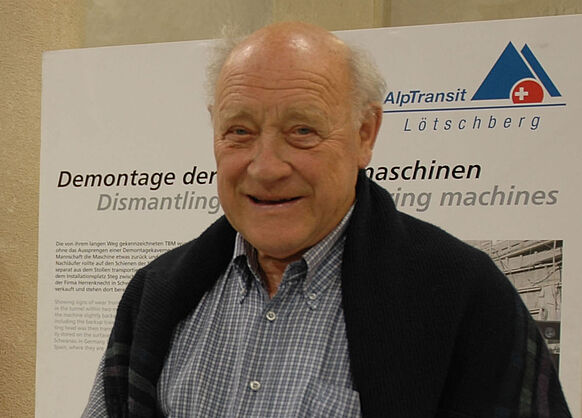