It is half time for the SIKET research project, which has been running since September 2018, and thus the moment for an interim assessment. For this reason, STUVA and its project partners presented the research results to date at a milestone meeting at the Hessian State Fire Brigade School (HLFS) in Kassel from 11 to 12 February 2020.

The main objective of the project (FKZ: 13N14524), which is funded by the Federal Ministry of Education and Research (BMBF), is to improve the effectiveness of the prescribed safety concepts for railway tunnels. In order to increase passenger safety in the event of fire or disaster, SIKET will comprehensively review and validate the existing rules and procedures for the preparation of safety concepts. All aspects are being rethought by the research partners. For example, in addition to sociological studies on the behaviour of people in critical situations, the training of rescue workers and the coordination of the individual links in the rescue chain in emergency exercises are analysed and optimised.

One of STUVA's tasks in the project is to use computer-aided fire simulations (KOBRA-3D) to generate data on smoke propagation, which are processed by the research partner Metric Minds to model a virtual reality that is realistic in terms of smoke propagation and visibility. How well this is already being achieved was demonstrated at the meeting. Using 3D glasses, the practising firefighter immerses himself in the virtual reality of a tunnel fire. The trainee's movements in three-dimensional space are recorded by so-called trackers. As in real life, doors can be opened or resources such as lights can be deposited. To increase the realistic impression for the trainee, the 3-D simulation can be coupled with a so-called omnideck. On this surface with movable rollers, the user gets the impression that he can walk as far as he likes in any direction of the virtual space without actually moving from the spot.

For the second half of their research project, the SIKET partners have ambitious plans. Above all, the simulations are to become even more detailed and realistic. So far, the software can only be used in "Single-Player-Mode". In the future, all fire-fighting personnel will be able to train together and interactively in damage scenarios. By the end of the project, the researchers will have further revised the training concept for accidents in tunnels. At the end of the research project, a freely configurable virtual exercise reality will be available to emergency services, which will make it possible to safely practice real-life situations for very specific tunnels and situations using simulated fires.

An important additional benefit of virtual training is that the number of complex and expensive large-scale exercises in tunnels can be significantly reduced in the future. This means that realistic smoke formation at the scene of an incident can be simulated more cost-effectively and, above all, more accurately than in the reality of a large-scale exercise on site. And finally, a fire in a railway tunnel is an extremely rare event. The time previously required for rescue exercises can therefore be better used for the original purpose of railway tunnels: safe and fast train traffic.

Based on the research results achieved so far, the existing regulations are now being updated. The SIKET research project will run until 31 July 2021. 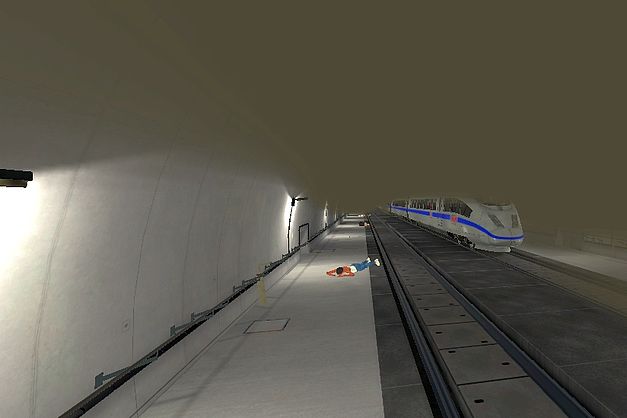 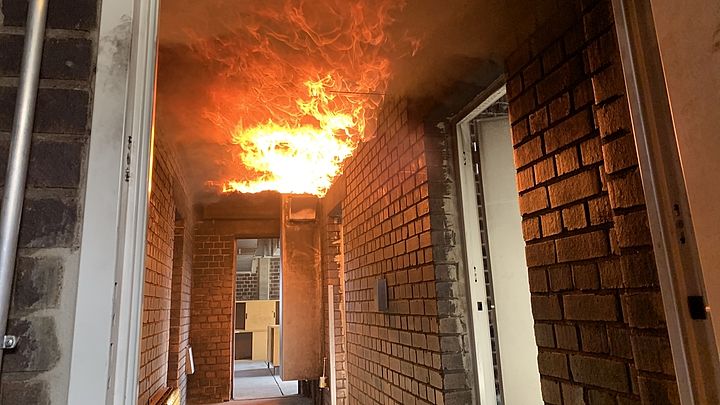 The virtual training does not replace the training with real fire and smoke in the fire simulation room for the emergency services. 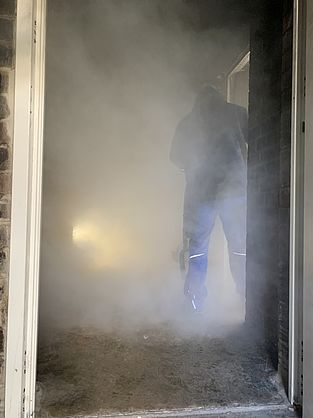 Under such conditions, precise local knowledge is of utmost importance for emergency services. 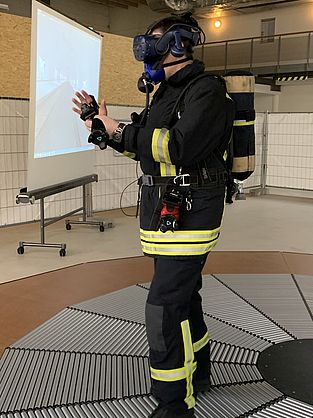