With more than 80 participants from all over Germany, the general meeting of STUVA-YEP with subsequent get-together in the run-up to the STUVA conference 2019 in Frankfurt a. M. was very well received. At the beginning of the event, former STUVA-YEP spokesperson Alena Conrads gave an overview of the first two years of STUVA-YEP.

In addition to a workshop on digitisation in tunnelling at the Ruhr-Universität Bochum (RUB), there have already been two construction site excursions including short series of lectures in Frankfurt a. M. and in Stuttgart. Furthermore, the goals of STUVA-YEP were also presented to the newcomers. Thus STUVA-YEP will not only be active throughout Germany, but will also network with young, international forums. At the World Tunnel Congress (WTC) 2019 in Naples, first contacts with the Young Members of other nations were already established. Further international meetings to network young engineers are already planned.

This was followed by the election of the new Steering Committee of STUVA-YEP. After a short introduction of the 16 applicants and the subsequent vote count, the new eight members of the Steering Committee were determined. Anna Zehlicke and Franziska Hebach were appointed as spokespersons for the committee. The remaining eight candidates will nevertheless continue to actively support the Committee in the next two years, even without a permanent position. The election was followed by the traditional "STUVA-YEP sunglasses group photo". At a joint dinner in a relaxed atmosphere, the young engineers concluded the evening at the invitation of STUVA.

The following day, STUVA-YEP was represented at the STUVA-Expo for the first time with its own stand. The stand not only served as a separate advertising platform, but was also a central contact point and important meeting place for all young tunnel builders. Interested engineers were not only able to inform themselves about the previous work and future plans of STUVA-YEP, but also made new and interesting contacts or met with well-known STUVA-YEPs from previous events. During the two days of the fair, more than 70 young engineers were inspired by the idea of STUVA-YEP. At this point, we would like to thank all helpers once again for their helpful support at the exhibition stand as well as in the preparation and follow-up of the STUVA-YEP stand. The majority of the speakers at the "Young Forum" were part of STUVA-YEP. At the subsequent Meet and Greet at the STUVA-YEP exhibition stand, interested engineers were able to exchange technical information and ask questions with the four speakers on the topics of maintenance planning for excavation tools used in shield driving, material concepts for annular gap mortar, a new separation method for used bentonite suspensions or a new process model for increasing the availability of a pipe jacking machine.

STUVA-YEP's conclusion of the STUVA 2019 conference: A complete success! Numerous new members have been gained - there are now over 300, a successful election of the Steering Committee, numerous interesting contacts, many new ideas, but also challenges for the next two years. 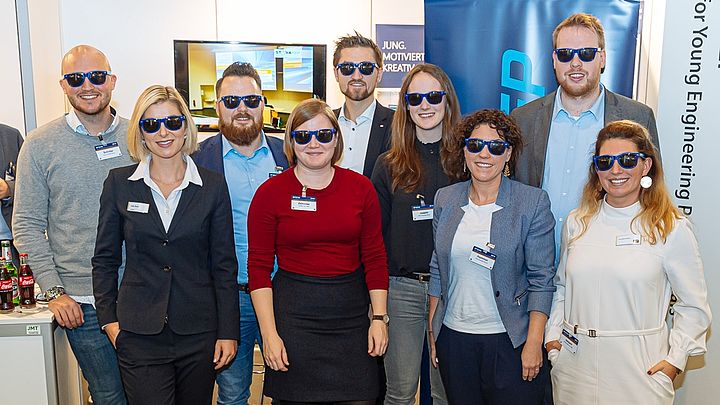 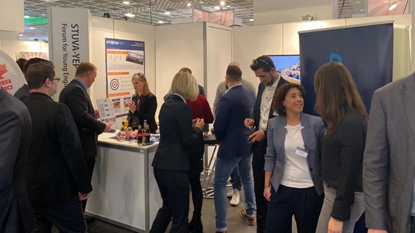