The planned tram Nordtangente comprises the approximately 13 km long tram line between Neuhausen, Schwabing and Bogenhausen. Between Romanplatz in the west and Arabellapark in the east, it will connect seven underground lines, seven tram lines and numerous bus lines tangentially. Most of this connection already exists as a tram line. An approx. 2.2 km long section would have to be built in the middle of the old town of Schwabing, of which approx. 800 m run through the listed English Garden. The tracks are to be laid where the bus route already runs today.

Together with the Institute of Road Traffic Planning and Road Traffic Engineering at the University of Wuppertal, STUVA has now been commissioned by Stadtwerke München to prepare an expert opinion on traffic safety.
Planning for a tram through the English Garden has already existed for over 100 years. A first attempt at the end of the 1990s failed in the planning approval procedure. One of the reasons for the rejection was the catenary, which in the opinion of the judges would have affected the overall impression of the English Garden as an outstanding monument of horticulture too much. Today's planning, on the other hand, provides for an overhead line free track.

The project has been part of the "Integrated Public Transport Planning" decided by the city council since 1991 and is still classified in the category "in planning / under construction" of the local transport plan. The local transport plan was last updated by resolution of the city council of 30.09.2015. In the plenary meeting on 24.01.2018 the city council passed a decisive resolution on the tram Nordtangente. Stadtwerke München and the city administration were asked to resume planning and adapt it to the current situation. In addition, it will be examined whether it is feasible to establish a connection to Münchner Freiheit and whether areas outside the English Garden can be served without overhead contact lines. The city council decision of 24.01.2018 to resume planning confirms the positive turn that the project has taken since summer 2017 with the repositioning of the Bavarian state government.

The road safety report to be jointly prepared by the University of Wuppertal and the STUVA is to be completed quickly, as it is an important component of the overall planning. 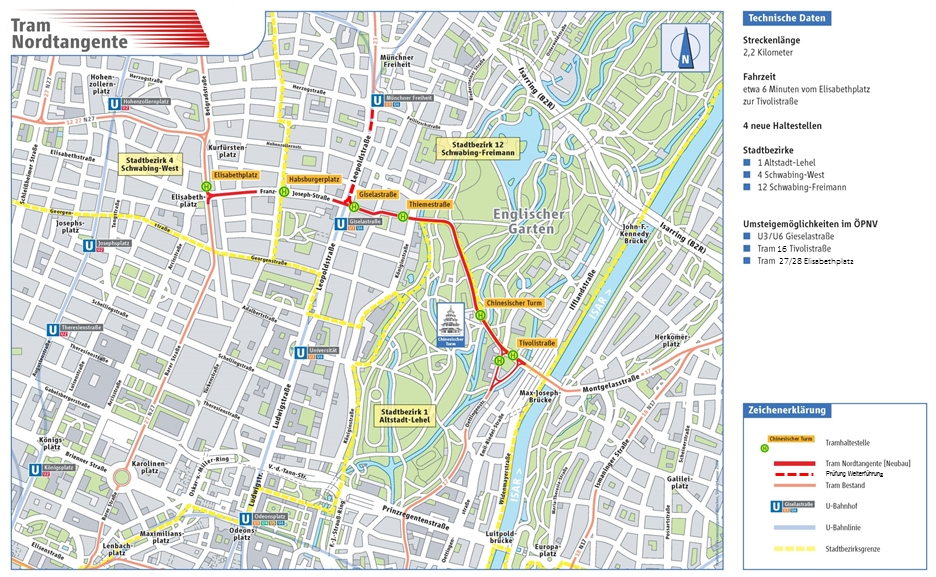 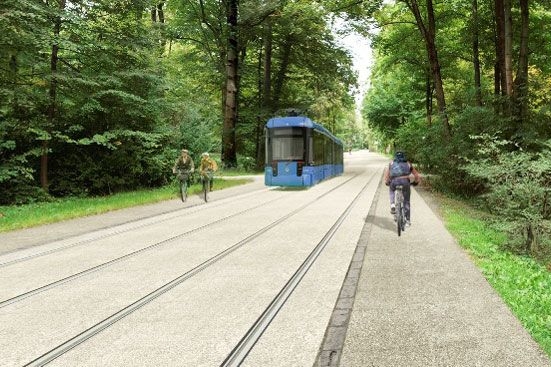