The planned new subway line of the U5 is already considered a generation project of the Free and Hanseatic City of Hamburg and its route is intended to close existing gaps in the existing subway network and connect densely populated districts and large educational, employment and retail locations to the S-Bahn and U-Bahn networks. Since July 2016, STUVA and STUVAtec have already been involved in the planning of the eastern section of the new underground line in Hamburg. Since September 2018, STUVAtec has also been responsible for planning fire protection in the central section. The client is the engineering consortium U5 Mitte (Schüßler-Plan Ingenieurgesellschaft, WTM Engineers GmbH and ISP Ziviltechniker GmbH).

The central section will run from the City-Nord stop via the Hauptbahnhof and Stephansplatz stops in Hamburg's central city centre to the Siemersplatz or Arenen stops. However, the exact route has not yet been determined. The task of preliminary planning is to determine the most advantageous route. Depending on the variant, the U5 Mitte will be between 12 and 17 km long and comprise up to 17 stops. Of the train paths currently under discussion, the one whose positive effects on traffic in the Hanseatic city promise the greatest benefits is to be identified. In addition to connecting the western and eastern districts of the city, some of which have not yet been connected to a rapid transit railway, the U5 will relieve the load on the metro bus lines 5 and 6, which are already in use at their load limits, particularly in the central section. With a possible cycle time of 90 seconds and automatic operation, the U5 will help to sustainably improve the constantly growing traffic in the Hanseatic city. The city wants to realize the new traffic artery together with the people of Hamburg.

The plans for the construction of the new underground line U5 are therefore being made much earlier than usual, starting with the preliminary planning and closely involving the citizens. As long as the exact route and thus the stops have not been determined, STUVAtec's activities will be limited to creating rough fire protection concepts for the two stops Hauptbahnhof Nord and Stephansplatz as well as three typical model stops. In addition, two typical line tunnel cross-sections will be evaluated in terms of fire protection and solutions will be developed for fire protection issues;

The 1st construction section (U5 East) is expected to be tackled at the end of 2021. 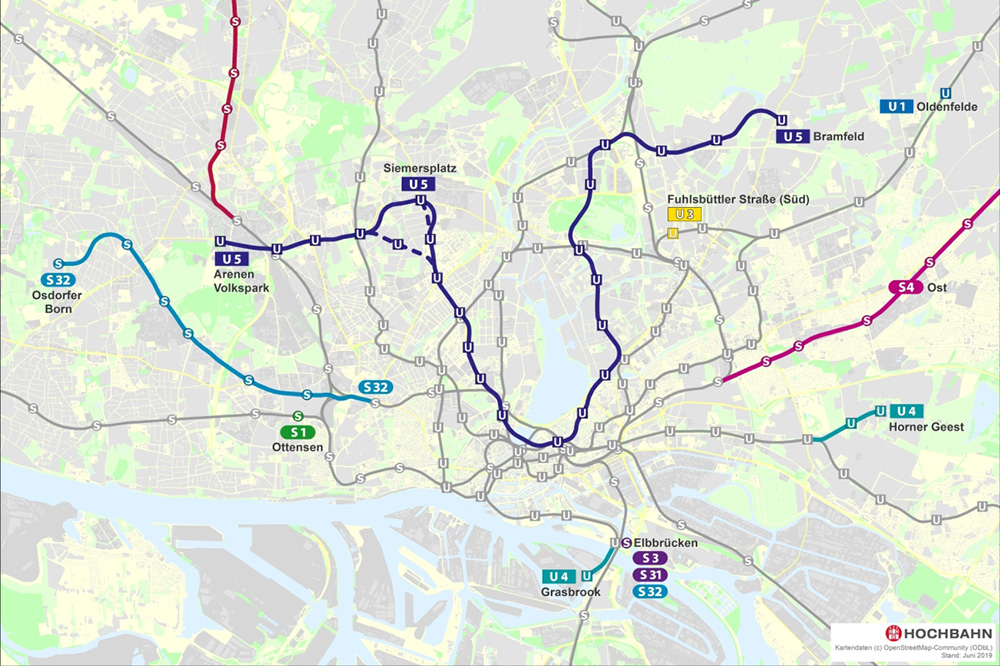