Fire protection for the longest subway line in Europe

The Linea 9 in Barcelona will be the longest underground subway line in Europe after completion. The line will then have a total length of about 47 kilometers, of which only four kilometers are above ground. Moreover, the metro stations of the line are the deepest in Barcelona's metro network. For this demanding construction project, the operating company GISA from the outset relied on the services of an international consortium of consultants with the participation of STUVA and STUVAtec for the necessary fire protection measures.

First, the client was advised on which design fire scenario should be used for line 9. In addition, it had to be clarified how fire events develop with regard to smoke, fire gas dispersion and visibility in the stations and also in the TRAM II track tunnel.

For each relevant fire event, the fire location and the fire development had reliably to be made plausible, as well as a safe eviction in case of fire for the Ildefons Cerdà and especially Foc Cisell and Foneria stations.

The line 10, which is also under construction, runs approximately halfway along the line parallel to Line 9, respectively two-story tunnels have been built so that they run one above the other. A first part was already opened in December 2009. On February 12, 2016, another section of the line 9 under the name "L9 SUD" between Zona Universitària and Aeroport Terminal 1 was put into operation. A total of 48 stations are to be created for the line. 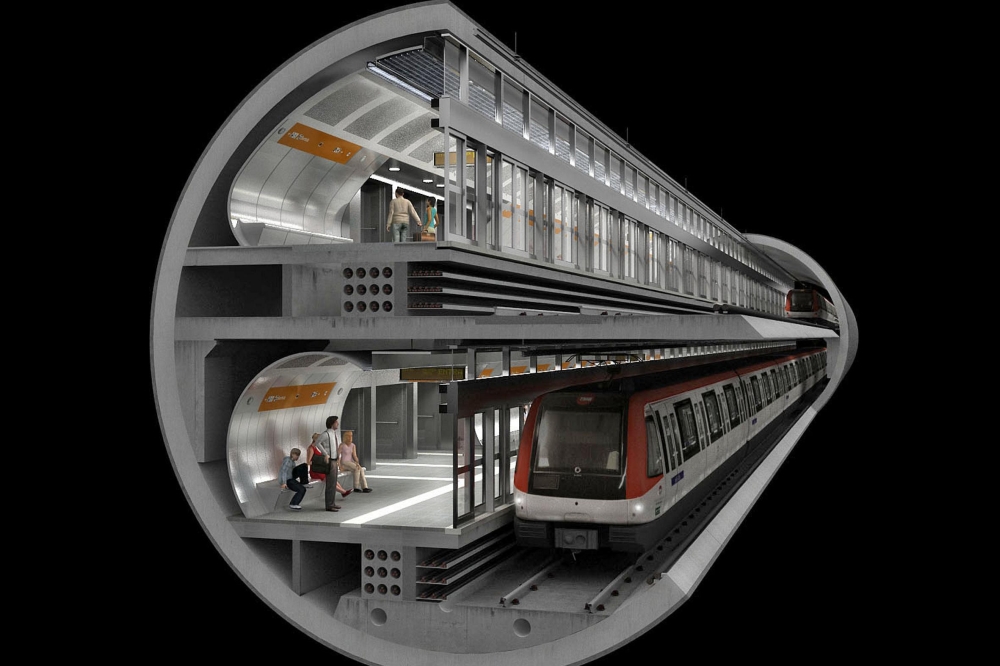