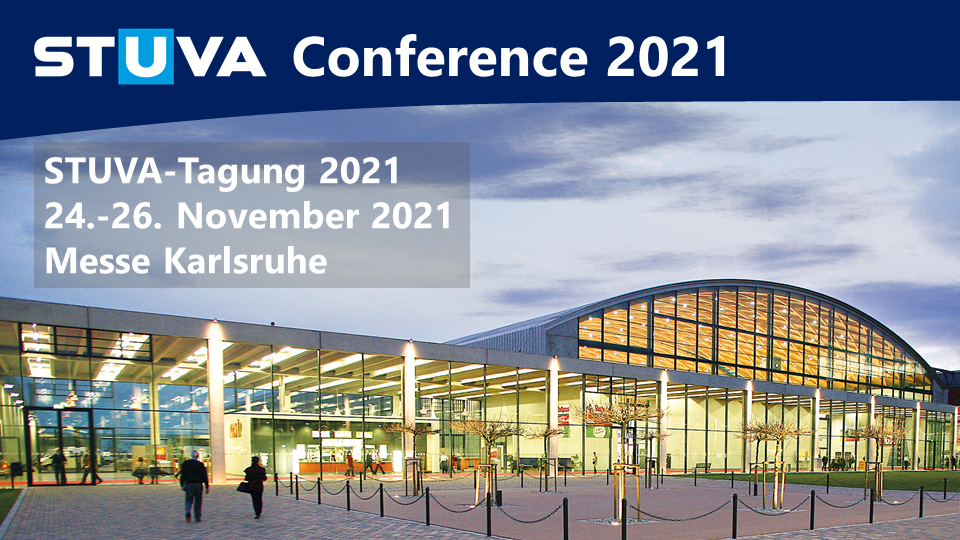 The next STUVA conference will take place from 24-26 November 2021 in Karlsruhe. Travelling the world, at home in Karlsruhe: this statement applies to several companies such as Daimler AG, Bosch, L’Oreal or the dm drugstore chain, which was founded here in Karlsruhe. Numerous medium-sized companies have similarly discovered the Karlsruhe Technology Region and the advantages of its central location: Karlsruhe is located on the international shipping and rail route between Rotterdam and Genoa. And the local public transportsystem, the so-called “Karlsruhe Model”, is internationally recognized as exemplary.

The car, the bicycle, the periodic table of elements, the electromagnetic wave, the Braun tube, the chipboard and the mobile web browser: all of these inventions and discoveries were born in Karlsruhe. A high density of researchers and good networking with scientists make Karlsruhe one of Europe’s most innovative cities, with approximately forty new patents registered each year. Circa 8,300 people work at the renowned Karlsruhe Institute of Technology, making it one of the world’s largest institutions for research and teaching.

The "family meeting of the tunnel business"

Listen to voices that experienced the STUVA conference in the video!

Numerous visitors and exhibitors have been regular guests at the STUVA conferences for many years. A well thought-out organisation and customer-oriented processes in the registration and implementation phase ensure a high level of satisfaction for our guests and partners at STUVA-Expo.

When will you be there?