Trials with the aim of improving safety for pedestrians and cyclists

Fortunately, traffic accidents between pedestrians or cyclists and trams are relatively rare in relation to the total number of road accidents. However, they can lead to psychological trauma among drivers, passengers and eyewitnesses, especially in accidents involving serious personal injury.

In September 2011, the Transport Committee of the City of Cologne decided to test whether the use of these elements could improve road safety for pedestrians and cyclists by means of a test trial with ground warning lights at the railroad track crossings. On the basis of the decision, LED ground warning lights were installed in the second half of 2014 at three crossings in the Cologne light rail network. These lights sunk into the ground were controlled as an additional technical safeguard for the track crossing with the same signal pattern as that of the existing traffic lights (RED - DARK).

To check the effectiveness of the ground-based warning lights, before-and-after comparisons were made at two sites. These included counts with behavioral observations of the crossing persons as well as surveys of passers-by and the driving personnel of the light rail vehicles. In a further step, it was analyzed how the behavior of the persons crossing over changes after the signal templates at the light signals have been replaced by a more conspicuous variant.

The investigation showed that the acceptance of the red light at the track crossings of the light rail can not be improved by this additional technical protection with ground warning lights. In the observations after the installation of the ground warning lights, there were virtually no changes in the sometimes highly observed disregard of the red light at the track crossings. On the other hand, the investigation of the effectiveness of the inverted signal templates showed that this modification of the technical securing can bring about a change in the behavior with red light signal. The proportion of red-light runners at the investigated site, which was previously only characterized by a very low red light acceptance, decreased significantly. However, the analysis (observation) was carried out only at a single location, where the sole effect of the ground-warning lamps had previously been checked.

Based on the test results, it was not possible to recommend the use of ground warning lights as an element to reduce red-light runners at the crossings. In contrast, the use of inverted signal templates seems to be an effective solution to increase traffic safety at the rail crossings of the light rail in Cologne, as the proportion of red-light runners and thus the risk of critical interactions at the track crossings were significantly reduced. 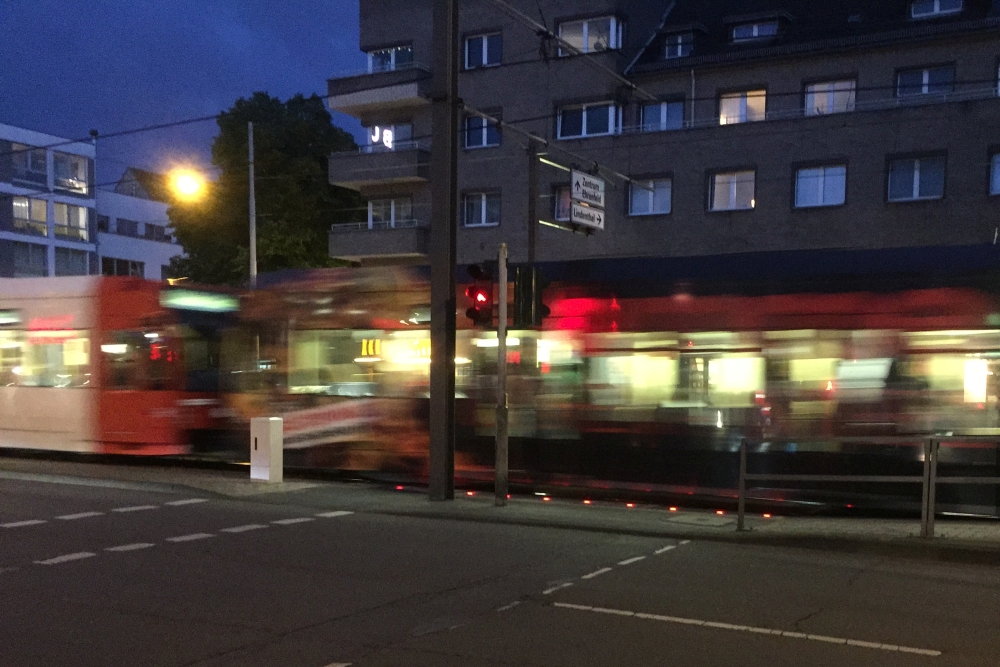