After the first successful workshop on digitization in tunnel construction at the Ruhr University Bochum, the members of the Forum for Young Engineering Professionals (STUVA-YEP) met in mid-October for another meeting in Stuttgart. Porr Deutschland GmbH had invited to a lecture series followed by an excursion on the topic "Railway project Stuttgart-Ulm: Geological challenges and their consequences for the construction sequence of the planned tunnel construction measures". Stuttgart 21 is currently one of Europe's largest infrastructure projects with Deutsche Bahn AG as the client.

More than 50 participants travelled from all over Germany and already gathered the evening before for a get-together in Stuttgart's city center. The next morning, the actual program started at the Arbeitsgemeinschaft Tunnel Albaufstieg (Arge ATA) in Aichelberg. After a brief welcome by a representative of the client and a presentation of the structure and objectives of the forum, the lecture series began with a joint presentation by Eva Humme, Ingenieurbüro Maidl & Maidl, and Christoph Caspari, Porr Deutschland GmbH. The focus of the lecture was the investigation of an annular gap mortar, which was specially developed for the geological boundary conditions of the swellable rock in the Fildertunnel. Klaus Hentschel of WBI GmbH then gave a lecture on the injection measures carried out in the Bad Cannstatt tunnel to limit water ingress in anhydrite-bearing rock. In a third lecture, Flavio Piras, Renesco GmbH, Marti Geotechnik, department, addressed the challenges in construction operations resulting from the necessary injections in the anhydrite. Using the Feuerbach tunnel as an example, he presented developments in mechatronisation, automation and digitalisation of injection measures.

The construction challenges presented in the lecture series could be viewed on site during the subsequent excursions. The participants had the choice between one excursion at the ATA consortium and two excursions at the ATCOST21 consortium.

At the construction site of the ATA consortium, the TVM driving of the two approx. 8.8 km long tunnels of the Boßler Tunnel has been completed. The tour therefore focused on the inspection of the connecting structures in their various construction phases and the logistical challenges of the project. The view of the construction of the 485 m long Filstal Bridge, which connects the Boßler Tunnel and the Steinbühlt Tunnel, was another highlight of the excursion. On the section between the portal and bridge structure, the participants were able to see how the various trades interact. The groups who drove to the ATCOST21 consortium could choose between an excursion to the tunnelling machine and a tour of the conventional tunnelling sections. The excursion led the young engineers through a cavern in which the TVM was turned after the completion of the west tunnel of the Fildertunnel. The TVM is currently under construction, so the participants had the opportunity to explore the machine in detail. The highlight of the tour for the young engineers was an inspection of the excavation chamber with a view of the cutting wheel. The excursion to the conventional sections led to the Ober- and Untertürkheim tunnels. During the excursion, the shotcrete outer shell of the raft was produced in one of the tunnel tubes. In the parallel tunnel tube, the young engineers first looked at the loading process at the working face and then at the blasting of the calotte. A further part of the excursion was the driving of the elm tunnel in the connecting area to the main station.
The event ended with an exchange of the excursion groups within the framework of a leisurely evening in a Swabian brewery in the centre of Stuttgart. On behalf of the Forum for Young Engineering Professionals, we would like to thank the Argen ATA and ATCOST21, Porr Deutschland GmbH and DB Netz AG for organising and hosting the second meeting and for their hospitality.
(authors: Annika Jodehl and Anna-Lena Hammer, STUVA-YEP - Forum for Young Engineering Professionals) 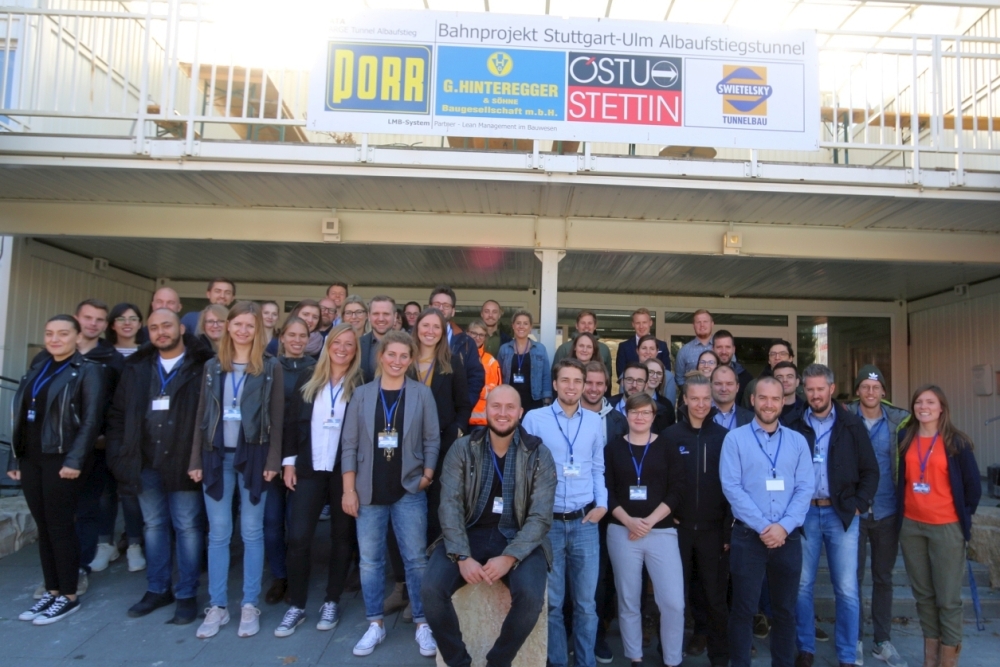